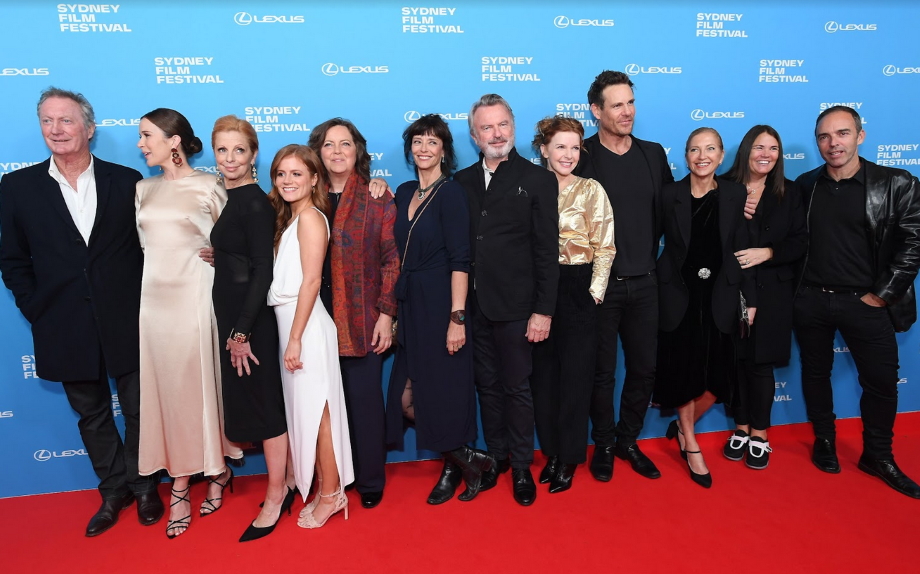 “Since the 66th Sydney Film Festival in 2019, everything and nothing has changed. We aren’t together in a dark cinema sharing new ideas and worlds – but film is still where we look for them. So, Sydney Film Festival is back this year with a virtual program available to all homes across Australia.

“This year’s special 67th Sydney Film Festival: Virtual Edition and Awards presents a distilled essence of Sydney Film Festival, where audiences can not only watch mind-boggling films but support the filmmakers who’ve made them,” said Nashen Moodley. "SFF has always been about community and dreaming together through film.”

All films will screen with bonus material exclusively filmed for SFF, including filmmaker introductions and the screening, followed by question and answer sessions.

Support for the Virtual Edition came from filmmakers past and present – from Bryan Brown to RJ Mitte to Nicole Kidman, all saying ‘Being part of Sydney Film Festival means a lot’.

“The Festival presents Australian stories from a kaleidoscope of perspectives in three strands. From remote Western Australia - a snapshot of Australia's only entirely-Indigenous police station, to Antarctica, where we journey with women in STEM leadership; the Documentary Australia Foundation Award for Best Australian Documentary comprises 10 outstanding feature length Australian stories that are surprising, compelling, heart-warming and brilliant.

“The Dendy Awards for Australian Short Films is a short film springboard that has kick-started the careers of many prominent filmmakers including Warwick Thornton, Ariel Kleiman, Cate Shortland, Jane Campion, Phillip Noyce and Ivan Sen. The Festival’s short film competition is now in its 51st year.  We invite you to discover new and emerging talents in this year’s top 10.

“We also hear from Europe’s rising female stars in the Festival’s Europe! Voices of Women in Film program – a selection of 10 essential films from exciting women directors that traverse family dramas, a gritty love story, gender stereotypes and much more.

“Finally, it is our great delight to present two new collaborations.  Relive, or discover for the first time, 40 world-class cinematic gems from the Festival’s past, for free, with SBS On Demand presents Sydney Film Festival Selects.

“The Festival is also part of We Are One: A Global Film Festival, a free, global, online film festival, opening 29 May for audiences everywhere.  This first-ever collaboration of the world’s greatest film festivals presents selections from each of the festivals involved. The Sydney Film Festival’s contribution is two ground-breaking Australian films from First Nations directors: Mabo (Rachel Perkins), and Mystery Road (Ivan Sen).  Funds raised from the Sydney Film Festival films will assist the GO Foundation to provide educational pathways for Australian Indigenous students through school (and beyond) following the COVID-19 crisis.”

Deanne Weir, Sydney Film Festival Chair said, “Innovation and experimentation has always been at the heart of independent film-making, so the 2020 Virtual SFF is following the lead of our filmmakers.

“While we have temporarily lost the opportunity to share these films together in the dark, we have gained the opportunity for a national audience, and a new sense of urgency and purpose, to ensure that these stories are seen despite the current crisis.

“This year's program is diverse, challenging, and entertaining, and will introduce us to some exciting new voices.  My sincere thanks to the entire SFF team, and our wonderful community of government, philanthropic and corporate sponsors and supporters without whom we could not have made this happen,” she said.

Head of Screen NSW, Grainne Brunsdon said, “The 67th Sydney Film Festival is going online for the first time in 2020, taking a treasured feature of Sydney’s cultural calendar to new audiences across Australia.

“An unprecedented number of film lovers will now be able to connect virtually to the Festival’s program. As the Festival streams into your home, the program, rich with female filmmakers and Australian stories, is sure to invite conversation and delight.

“This year Screenability, the platform for screen practitioners with disability, returns with a line-up of NSW-talent, stronger than ever. While we’ll all miss the popcorn and the fanfare, I’m excited that the Festival will be connecting with a broad spectrum of communities in homes around the country.”

Lord Mayor of Sydney, Clover Moore said, “Film offers the unparalleled opportunity to explore ourselves, others, and the world around us, helping us to make sense of it all – which is especially relevant as we grapple with the effects of the Covid-19 crisis.

“We’ve been supporting the Sydney Film Festival for years, so I’m delighted this year’s Festival will be going virtual, so even more Australians can enjoy this important cultural event.”

In 2020, the Virtual Festival will present limited screenings of 33 films from 12 countries including 16 World Premieres, bringing together international and local stories from Australian and European filmmakers. There are 7 feature films, 13 documentaries, and 13 short films.

The Festival also presents a program of interviews, panels and Q&As with all feature-length filmmakers at sff.org.au/talks.

10 new Australian documentaries (including eight World Premieres) will contest as finalists for the Documentary Australia Foundation Award for Best Australian Documentary, with the winning film announced and presented with a $10,000 cash prize at the SFF Virtual Awards Ceremony on Thursday 18 June.

Powerful First Nations stories include: The Skin of Others, a compelling portrait of Aboriginal WWI soldier Douglas Grant's life, starring the late Balang Tom E. Lewis in his final role; and Our Law, an exclusive snapshot of Western Australia’s first Indigenous-run police station brought to SFF with the support of Screenwest and NITV.

Documentaries on pertinent social issues include: The Leadership, chronicling the experiences of a group of international female scientists as they set sail for Antarctica under the guidance of Australian leadership expert Fabian Dattner; ​and The Weather Diaries, a poignant exploration from director Kathy Drayton (Girl In A Mirror: A Portrait of Carol Jerrems, SFF 2005) on what the future holds for her pop-artist daughter Imogen aka Lupa J, amidst the threats of climate change and mass extinction.

Women take centre stage in Morgana, the empowering story of how a 50-year-old housewife’s plan to end it all unexpectedly transforms into a radical journey of sexual exploration; and Women of Steel, a rousing documentary that follows a group of determined local women and their 14-year fight for the right to work in Wollongong’s steel industry.

Tales exploring the perspectives of multicultural Australians include: Rosemary’s Way, the inspirational story of a group of migrant women in Western Sydney and their remarkable champion, Rosemary Kariuki; and The Plastic House, directed by and featuring Allison Chhorn, an experimental take on memory and healing from a young Cambodian-Australian woman’s perspective.

Stories from beyond our borders include Descent, about one of the world's daring professional ice free divers; and A Hundred Years of Happiness, a moving observational look into the life of a young woman in rural Vietnam as she prepares to migrate to South Korea for an arranged marriage.

From Germany to Finland, and Kosovo to Estonia, Europe! Voices of Women in Film shines a spotlight on exciting, talented women filmmakers.

Among the 10 films selected are Swiss feature My Little Sister, an intricate family drama starring Nina Hoss (Phoenix, SFF 2015) and Lars Eidinger (Babylon Berlin) that played in Competition at Berlin International Film Festival; and the German film Kids Run, a gritty love story about a former boxer fighting to keep custody of his children and win over his ex-girlfriend.

Impactful debut features include: Malou Reymann’s A Perfectly Normal Family, which explores the complex relationship between a young girl and her transgender parent; and from Kosovo, Antoneta Kastrati’s Zana, a tense family drama about a woman’s struggles to overcome wartime trauma and conceive a child.

Other features selected are Force of Habit, a Finnish anthology made by an entirely-female production team that questions gender stereotypes and the way women’s lives are conditioned in a post #MeToo era; Charter, which follows a desperate mother’s abduction of her two estranged children; and Sea Fever, a gripping sci-fi thriller about the crew of an Irish fishing trawler who fall prey to a deadly sea creature.

Captivating documentaries include: A Year Full of Drama, a social experiment which sees a young theatre first-timer take on a full-time job to review every production in Estonia for a whole year; They Call Me Babu, an ingenious archival documentary exploring the forgotten legacy of Indonesian nannies working for European families in the former Dutch East Indies; and Lessons of Love, a candid portrait of a Polish woman going her own way after leaving an abusive marriage at the age of 69

Returning to the Festival is Screenability, an exciting platform for screen practitioners with disability, in partnership with Screen NSW.

Ten finalists for the prestigious Dendy Awards for Australian Short Films will screen in the Virtual Festival. Australia’s longest running short film competition is now in its 51st year and has been sponsored by Dendy Cinemas since 1989.

Finalists will compete for three coveted prizes including: The Dendy Live Action Short Award, The Rouben Mamoulian Award for Best Director and the Yoram Gross Animation Award, announced at the Festival’s Awards Night on Thursday, 18 June.

Shorts from trailblazing women filmmakers include Mukbang, acclaimed actress Eliza Scanlen’s (Little Women, Babyteeth) directorial debut about a high schooler’s sexual awakening following her discovery of the South Korean phenomenon 'mukbang’; I Want To Make A Film About Women, a queer love letter to Russian revolutionary women artists of the 1920s; and Her Own Music, about a model student who tries to keep her relationship with another girl secret out of fear for her reputation.

Innovative animations include: Obscura, an imaginative handmade stop-motion animation that looks inside our cameras to reveal the creatures living behind the lens; GNT, an outrageously funny 2D journey into one woman’s unwholesome mission to conquer social media; and The Quiet, AACTA-nominated filmmaker Radheya Jagatheva’s thoughtful exploration of an astronaut’s transformative journey through space.

Compelling migrant tales include: The Fall, about a Syrian refugee mother who faces an unforeseen tragedy in her new homeland of Australia; and Ayaan, in which an escaped asylum seeker encounters an Indigenous man (Trevor Jamieson, Storm Boy) and must decide whether to trust him or journey on alone.

Other finalists are Grevillea, about a Jewish teen who is caught in limbo at one of Australia's youth justice centres; and Idol, the story of a young Chinese celebrity called into an emergency meeting with his manager following a young fan’s suicide.

Tickets can be purchased from the Sydney Film Festival website (www.sff.org.au) from 6am, 27 May and films will be available to view on demand for the duration of the Festival 10-21 June 2020.

For the list of titles in SBS On Demand’s Sydney Film Festival Selects collection, live from 10 June, go to https://www.sbs.com.au/movies/sydney-film-festival

WE ARE ONE: A GLOBAL FESTIVAL

Sydney Film Festival has joined 20 major film festivals from around the world, led by Tribeca and  including Cannes, Berlin, Venice, Toronto, Sundance and San Sebastian, together with YouTube, to present a free 10-day digital festival beginning on May 29.

The We Are One: A Global Film Festival program was revealed today with two significant inclusions of Australian film.  The Festival contributed two films by ground-breaking First Nation filmmakers: Rachel Perkins’s Mabo (SFF 2012), the unforgettable story of Eddie Koiki Mabo – whose High Court case overturned terra nullius; and Ivan Sen’s Mystery Road (SFF 2013), starring Aaron Pedersen and Hugo Weaving in the story of an Indigenous detective who returns to his rural hometown to investigate the murder of a teenage girl.

Immersing audiences in stories from around the world and providing a voice for filmmakers on a global stage, the event will raise funds for the World Health Organization Covid-19 Solidarity Response Fund. Funds raised from the Sydney Film Festival films will assist the GO Foundation to provide educational pathways for Australian Indigenous students through school (and beyond) following the COVID-19 crisis. The program can be found at weareoneglobalfestival.com.

The full Sydney Film Festival 2020 program can be found online at sff.org.au

Sydney Film Festival is a major event on the New South Wales cultural calendar and is one of the world’s longest-running film festivals. For more information visit: sff.org.au. 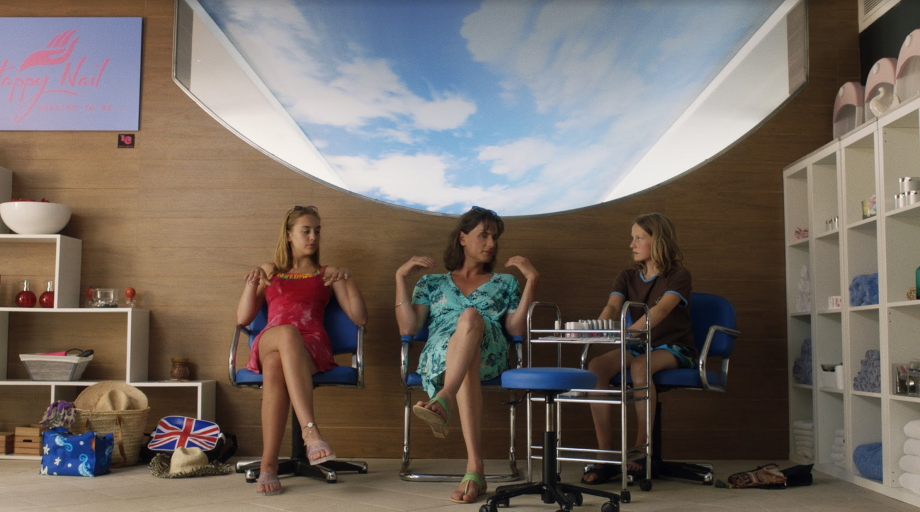